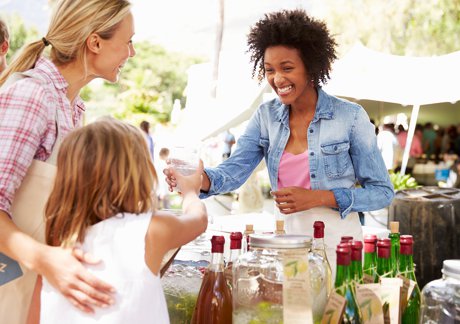 Small scale farms have offered fresh produce to Birmingham property owners for over fifteen years. Rain or shine, each weekend the stalls are brimming with fruits and vegetables and other goods at the Market At Pepper Square. All year round, shoppers can meander through chatting and buying from growers local to the state of Alabama. Favorite vendors include Crocker Farms, Blackwood Crossing Greenhouses, Dayspring Dairy, Silverlane Farms, and Eastaboga Bee Company. The market is open every Saturday from 7 a.m. to 12 p.m.

Located at 2929 Second Avenue South, this farmer’s market is conveniently close to Birmingham homes. Families often plan menus together making this their destination for weekly grocery shopping trips. Delicious farm to table meals are often the results of their efforts. Chef demonstrations held on the grounds offer extra menu inspirations. Furbabies are family members too, and dogs are more than welcome to walk the market with their owners.

Entertainment adds a lively vibe to the step of those perusing the aisles. Local musicians on two stages present a variety of acts earning smiles and laughter from passersby. During the summer months the Children’s Tent is the place to be for youngsters. Here kids can participate in a variety of activities designed just for them.

Posted in News
no comments yet 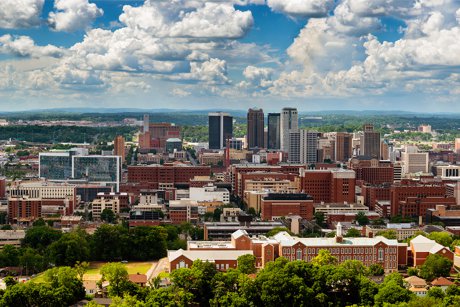 Birmingham real estate is honors the past and looks forward to the future. At Vulcan Park and Museum local history is uniquely preserved with the towering sculpture of Vulcan. The Roman god of fire and forge, Vulcan stands proudly watching over the community of Birmingham homes and businesses. Located on Red Mountain, and as the largest cast iron statue in the world this amazing piece of art has been a symbol of strength since the 1900’s. The Vulcan Park and Museum offers a detailed history of Birmingham’s roots with an interesting timeline detailing the local industrial history. Rotating shows are found in the Linn-Henley Gallery.

On top of Red Mountain, Vulcan’s observation tower provides a bird's eye view of Birmington real estate. Locals love to identify familiar landscape markers. Guests new to the area can pick out sites mapped out on display. An elevator is available in lieu of the climb. Picnic tables are set throughout the grounds at this favored lunchtime spot. The museum gift shop also offers a variety of snacks and drinks.

Special events are often planned on the grounds and include concerts, festivals, workshops and more. Couples often choose the unique location of Vulcan Park to officially start their lives together. Inside banquet rooms are stylish and sophisticated. Outdoor spaces highlight the the beauty of nature making this the perfect place to hold weddings. More information on scheduling any event can be obtained by calling 205.933.1409.

Posted in News
no comments yet

Scientists Of All Ages Living In Birmingham Unite 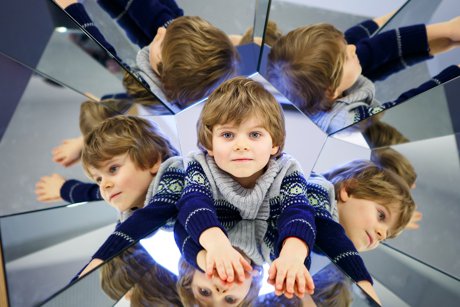 Science swirls all around those living in Birmingham at the McWane Science Center. Open seven days a week, The Center provides plenty of opportunity for explorative play.

On the lower level the World of Water Aquariums showcases an aquatic wonderland. The shark and ray tank offers close up interactions. Magical bubbles fill the first level with mystical and imaginative fun. Around the corner in Science Quest observations are key. Favorite zones include the Anti-Gravity Mirror, Chaotic Pendulum and Bed of Nails. Fossils from dinosaurs once roaming Alabama land are found on the second level. Representative species include raptors and the Appalachiosaurus. Shows get underway on the second level as well featuring live animals and the science of birds and insects.

Youngsters Learn About Their World Near Birmingham Homes

The newest part of the museum caters to the littlest visitors living in Birmingham. Exhibits in the Itty Bitty Magic City are designed to stimulate the minds of kindergarten aged children and younger. On Main Street, playtime is ongoing in the fire station, farm, market and more. Kids can wiggle around on the Climbing Structure and splash around in the Water Play area.